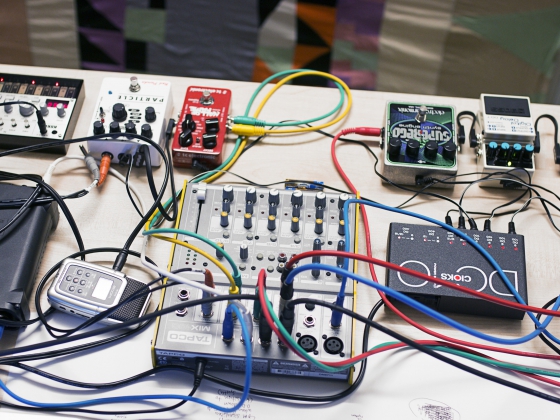 TMS performed 5-HT_five levels to zero at the Piksel Festival in Bergen (NO). The concert took place on Friday November 25 at Landmark in Bergen. 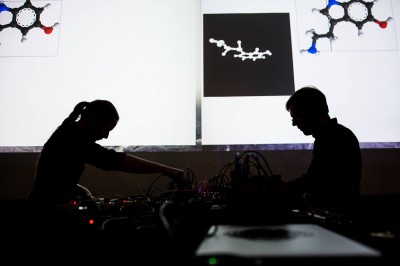 5-HT_five levels to zero is based on the structural qualities of the neurotransmitter serotonin. The dynamics of the molecule will be improvised and performed live in a dynamic and counterbalanced noise act that deals with both the balances as well as the imbalances inherent, resulting in chaotic states caused by disruption of this unit in the brain. The piece is a translation of a physiological entity into a mixed analogue and digital composition. During the continuance of the piece the structure will through noise-based sounds illustrate a biochemical conversion process going to zero; a molecular structure used as a concept for a sonic arrangement.

For the piece, TMS has created a score that captures the dynamics of the musical composition. The performance for the Piksel Festival will be a revised edition of this, where the audio will be accompanied by a projection of a visual score created in Blender and Pure Data, based on the shape of the serotonin molecule displayed together with scientific meta data as well as a timer. This enables the audience to follow the progression of the piece, which is divided into 5 dynamic levels, gradually counting down time.